The historical remote Mustang trek unseals the once forbidden kingdom of Mustang, tucked away from the rest of the world, and lies just north of the main Himalayan range of Nepal. Mustang, a land where the soul of the man is still considered to be as real as the feet he walks on: a land said to be "barren as a dead deer" but where beauty and happiness abound despite hardship, was a part of the Tibetan Kingdom of Gungthang until the 1830s. The walled city of Lo Manthang, the unofficial capital of Mustang remains a kingdom within a kingdom. The early history of Lo Manthang is embellished in myth and legend rather than recorded fact. Mustang maintained its status as a separate principality until 1951. The king of Lo Manthang still retains his title and he has been given the honorary rank of Colonel in the Nepal army.

Trekking in Mustang was officially opened in 1992. It allows limited numbers of trekkers each year to protect and conserve the local Tibetan tradition and the fragile environment. A trek into this fabled forbidden kingdom of vast, arid valleys, eroded canyons, ocher valley, yak caravans, and colorful painted mud-brick houses on the back dropped of majestic mountains of Nilgiri, Tukche, Annapurna and Dhaulagiri make your medieval walled kingdom Mustang trekking a very special one.

Over the festive time, monks dressed in elaborate costumes and masks perform dances and rituals that are supposed to drive away evil spirits. Dressed in their finery, people from all over Mustang gather in Lo Manthang to celebrate the Tiji festival. 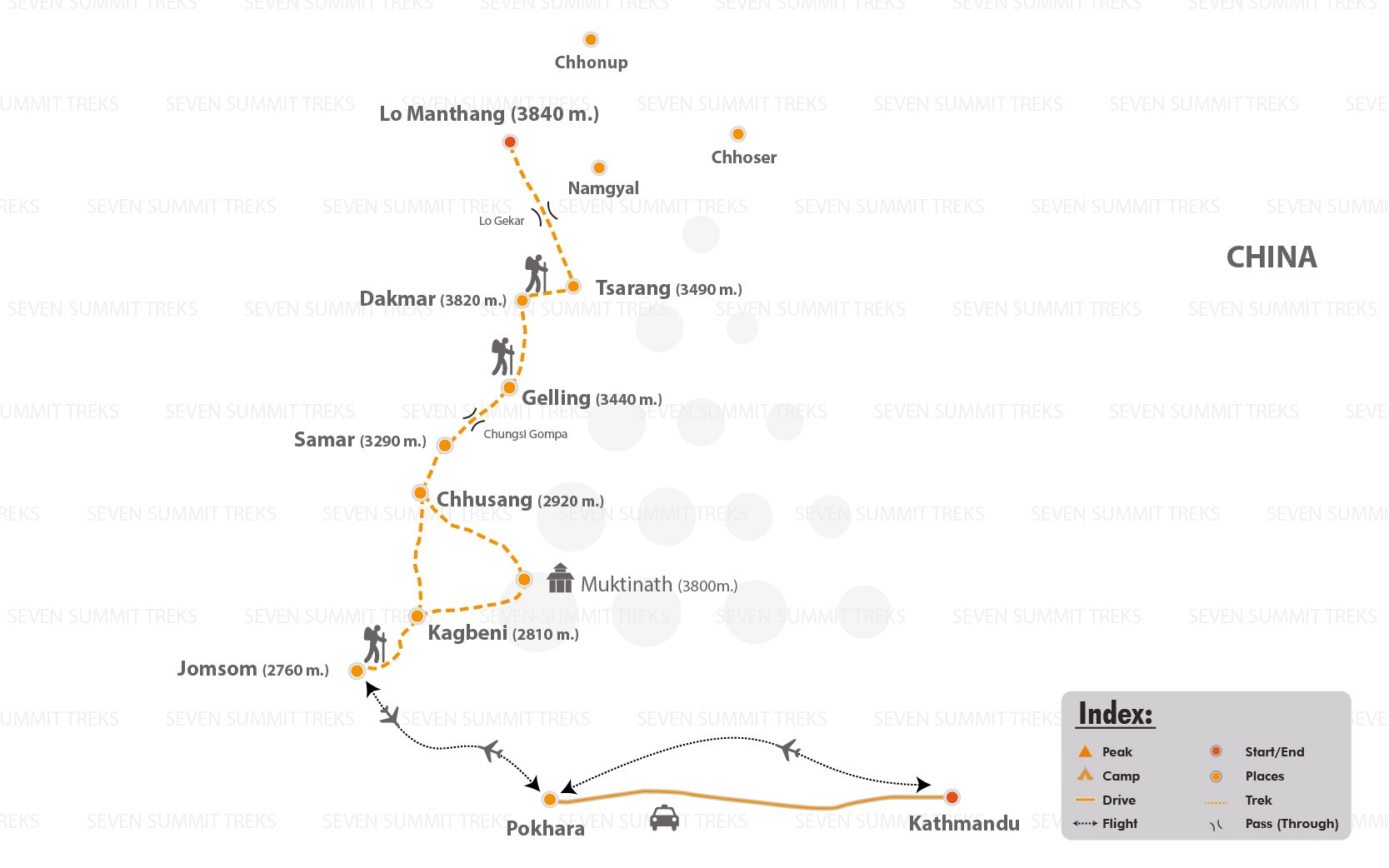